Christopher Nolan’s Dunkirk is the stylistic antithesis of what we expect from a World War II film.

The film is powerful. It brilliantly captures this critically important battle an entire year before the U.S. joined the fighting.

It was spring of 1940.  Luftwaffe fighter planes strafed the exposed beaches at Dunkirk at will. Short-range bombers and lurking U-boats picked off large British rescue ships with ease. The British, aided by French and a few Flemish troops, were pinned down with their backs against the English Channel. They faced either unconditional surrender or complete annihilation. The sheer helplessness these soldiers experienced was anguishing.

With the majority of the British Army trapped and surrounded,  Germany stood at the precipice of victory.

England could have lost its entire army

The British Expeditionary Force (BEF) and the French Army faced the unfathomable prospect of losing 400,000 troops in a matter of days. How did this happen?

On May 10th, 1940, German forces circumvented Allied forces along the French/Flemish border, smashed through the Ardennes Forest, and invaded France. In weeks, the powerful German Army and German Air Force, or Luftwaffe, blasted their way through the French countryside and almost literally pushed all Allied resistance into the sea.

British Prime Minister Winston Churchill looked into the abyss. As heated debate raged in Parliament and the Nazi army crept closer, more than 400,000 defenseless young men sat on the shores of France, only a few dozen miles from home. 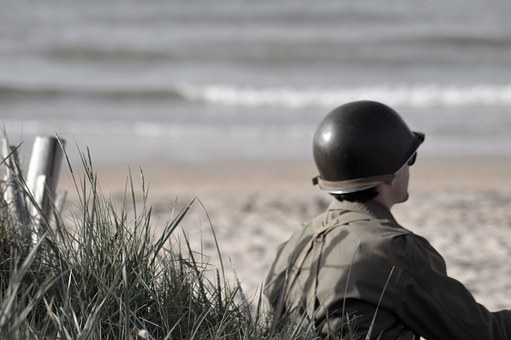 They needed a miracle.

Then Adolf Hitler did the incomprehensible.  He ordered his whirlwind war machine to come to a halt, preferring to strafe Allied troops with planes rather than blitz with tanks. It would be Hitler’s persistent meddling in military affairs, for example, when he simultaneously diverted German forces south to Kiev and north to Leningrad instead of capturing Moscow, that contributed to the unraveling of the Third Reich.

Dunkirk skillfully portrays a harrowing early chapter before the U.S. declared war on Germany. Eschewing the blood and gore common in films such as Saving Private Ryan or Flags Of Our Fathers,  Dunkirk does not disappoint. Viewers barely have time to catch their breaths as Nolan presents the heart-racing urgency of Dunkirk.

At the darkest depths, when the merciless scythe of war hovered inches away from the throats of both soldiers and civilians alike, a long-awaited ray of hope shone through the stormy clouds above the English Channel.

An unexpected source comes to the rescue

While Hitler’s military behemoth idled, more than 700 private vessels, from fishing trawlers to luxury yachts, were brilliantly commandeered by the British Navy to achieve what heavy destroyers, minesweepers and Red Cross ships could not. They reached the men on the beaches through shallow surf.

As demonstrated with awe-inspiring and mesmerizing historical accuracy in Dunkirk, many vessels were captained and crewed by their owners; brave civilians who volunteered to sail into hell and back to rescue their boys. Hitler’s naive and deluded thoughts of his own military prowess, and the quick thinking heroism of British civilians and the British Navy, resulted in what became known as “The Miracle of Dunkirk.” Great Britain lived to fight another day.

The last rescue boat delivered its weary occupants to the relative safety of England’s shores in early June. Almost four years later to the day, June 6th, 1944, British troops returned to the beaches of France in the largest amphibious military assault in the history of warfare: D-Day.

Without the rescue operations at Dunkirk in 1940, the opportunity to invade the European mainland on the Western Front may never have come. 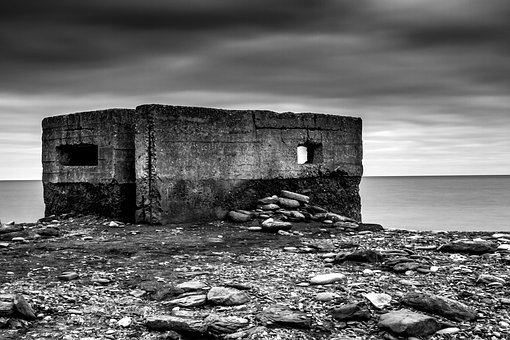 The remains of a German “pillbox” on the cliffs of Normandy, where Germans fought incoming Allied troops on D-Day.

Winston Churchill once said “If you’re going through hell, keep going.” In the spring and summer of 1940 – and for the next five years – Great Britain’s citizens did precisely that.

“The Miracle of Dunkirk” is a testament to human bravery and unflinching determination to a cause greater than oneself. Nolan’s Dunkirk deserves high praise for staying true to historical memory and for continuing the legacy of the courageous men and women who sacrificed everything for both their country and for mankind.