How High and How Thick the Wall of Separation? 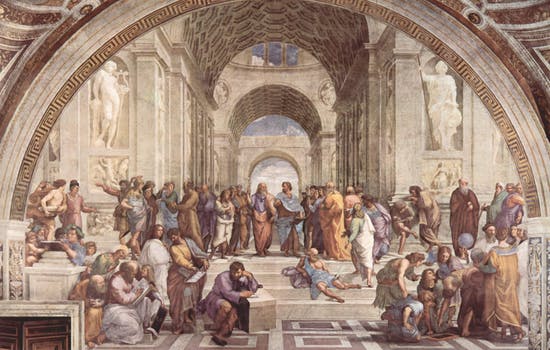 Believing with you that religion is a matter which lies solely between man and his God, that he owes account to none other for his faith or his worship, that the legislative powers of government reach actions only, and not opinions, I contemplate with sovereign reverence that act of the whole American people which declared that their legislature should ‘make no law respecting an establishment of religion, or prohibiting the free exercise thereof,’ thus building a wall of separation between church and State.

We tackle a thorny one today. What role does religion play when Americans make laws? Let’s go back to the first American who identified a “wall of separation” between church and state.

If there were ever an individual who embodied the contradictions of America, that man would be Thomas Jefferson.

The third President held dear a man’s right to self-determination without the intrusion of government, yet at the same time he enslaved his fellow man. The man who declared that “all men are created equal” also owned a plantation of slaves that he refused to free in his will.

The author of the Declaration of Independence vehemently opposed big government (unlike contemporary Broadway hero Alexander Hamilton) and the centralization of power, themes that still resonate.

So can we identify any course of action Jefferson might prescribe facing our current religious debates?

Religious freedom, but not coercion

Thomas Jefferson did believe in a creator, though he was attacked as godless. His remark during the French Revolution that he’d like to hang the last priest with the bowels of the last aristocrat didn’t help. (Jefferson thought the the church was just an extension of the French monarchy.) He respected the churches but insisted no taxes support any particular one.

Jefferson believed government must not legislate based on religion. The First Amendment says two direct things about religion: Congress shall make no law respecting the establishment of religion, nor prohibit the free exercise thereof. So government may not force a religion on you but simultaneously cannot interfere when you practice yours.

The opposing goals of the establishment clause and the free exercise clause create a lot of tension and acrimony.

Can a prison warden force Muslim inmates to shave their beards for prison security? Large bushy beards could hide some kind of weapon. Is it unconstitutional to interfere with their freedom of religion?

Do Sunday closure laws on business violate the religious rights of Jews whose Sabbath is on Saturday?

Religion has always been a hot button

Many laws are based upon religious beliefs. Was the wall of separation wrongly breached? For example, the abolitionists before the Civil War invoked God to freeing the slaves. They cited the Bible to attack slaveholding and called slaveholders “sinners.” Religion was cited as a foundation for legislation by abolitionists William Garrison and Theodore Weld.

The civil rights movement of the 1950’s and 1960’s also invoked religion. Picture Dr. King preaching from the pulpit against segregation. He was establishing a religious principle and insisting that public laws should be premised on it.

Americans continue to fight about how high and how thick should be the wall of separation between church and state.

Issues with the wall of separation

Abortion may be the thorniest one of all. Is it possible to arrive at a set of laws that everyone can live with, so our society can move on to other problems? The issue depends upon whether you believe a fertilized human cell is a human being with constitutional rights, or whether the relationship is more accurately viewed as that of an acorn to an oak tree. Or somewhere in between.  Anti-abortion activists are certain that trying to prevent abortions is God’s work. Pro-choice people insist that a woman has a right to choose if she carries a child, with her doctor’s help. Which is your view? We would never tell anyone what to think, but we insist that this is something everyone should be thinking about.

Marriage Equality is another hotly contested religious matter. Kim Davis, a court clerk in Kentucky, refused to issue licenses for same-sex marriages on religious grounds. She claimed her religious liberty was being trounced. Should the courts compel her, under the goal of prohibiting discrimination? Or does forcing Ms. Davis to issue such licenses violate her free exercise of religion? If the Boy Scouts of America define themselves as a private Christian organization, can it legally ban gay men as scoutmasters? Can it expel them if their homosexuality is revealed? Or would that violate state anti-discrimination laws?  This issue continues to vex the political system.

Illegal drug use is yet another. Native Americans in states like New Mexico and Arizona claim a religious freedom to use hallucinogenic mushrooms in their rituals. They claim this is how they talk to God. On the other side are the states of Arizona and New Mexico, which wish to prevent citizens from drug trafficking. So which comes first? Can Rastafarians cite their religious freedom as defense for marijuana smoking?

When must we put religious freedom aside?

The courts have held that a significant problem must be solved to justify restricting religion. The Muslim man’s free exercise takes a back seat to safety in a prison. Similarly, religious cults can’t keep and use deadly snakes in their rituals because of the threat of a snake escaping. Free exercise is subordinated to a significant public interest. But these restrictions should be rare.

Is the goal of preventing discrimination so great as to justify forcing Kim Davis to validate gay marriage licenses? The slippery slope argument says–allow Davis to refuse and soon gay people won’t be able to check-in to hotels or eat at lunch counters and will be sitting at the back of the bus. So Kim Davis was forced to sign off on gay marriages.

Americans of goodwill will continue to disagree. There are honorable differences of judgment. We must use our public institutions and the election process to create laws that everyone respects and adheres to. That’s not always possible, but it’s the goal.

We hope you enjoyed learning a bit about religious freedom and its restrictions and a big thank you to RJ Gaynor for contributing this thoughtful post. Join us at the History Dr for weekly updates and tell your friends about our mission–to end Amerinesia!