“We must not be enemies” 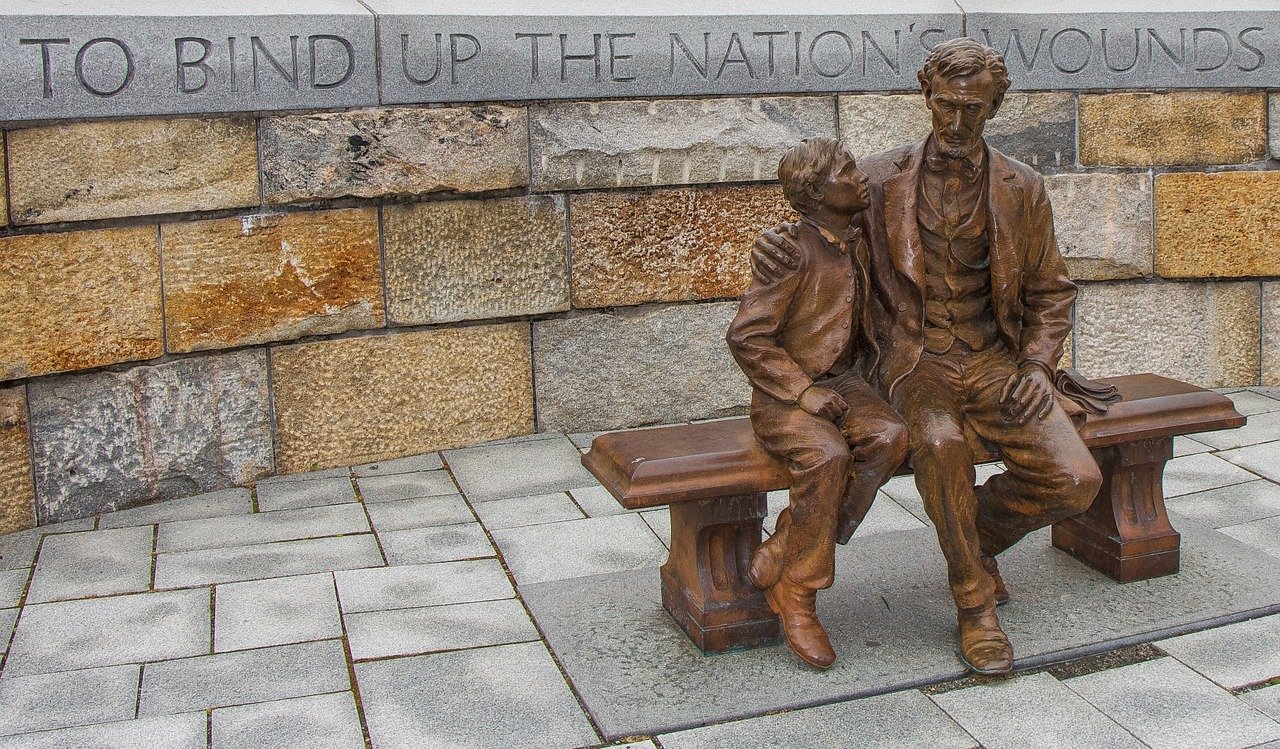 During the Civil War, President Abraham Lincoln gave a speech in which he expressed sympathy for the south. A female listener asked how he could not see that the southerners were irreconcilable enemies who must be annihilated. Lincoln observed, for her and for all of us today, that the best way to defeat an enemy is to turn him into a friend.

You may agree with that woman who felt some people were irredeemable. That may be true, but to me the problem is we don’t know exactly who they are, although we may think we have some good guesses. But that attitude leads to, well, civil war.

The social fabric of America is under internal duress. Texas and California have secession movements. Yet we remain one people, with one Constitution, one Bill of Rights and one destiny. I hope to show why the long view is the only view that will save us. Historian Jon Meacham’s 2018 book “The Soul of America: The battle for our better angels” argues this point. That book inspires this post.

Abraham Lincoln famously said: “We are not enemies, but friends. We must not be enemies. Though passion may have strained, it must not break our bonds of affection. The mystic chords of memory will swell when again touched, as surely they will be, by the better angels of our nature.”

What does it mean to turn enemies into friends? I submit that you can have opposing interests with a person but you should not wish them permanent harm, because you respect their fundamental humanity. You don’t have to respect their beliefs. This distinction matters.

More than one turkey at Thanksgiving?

We may not always like our relatives at the Thanksgiving table. We may disagree with their conduct or attitudes, but we want the best for them. We want them to be better than they are. To take this to an extreme, we may incarcerate or punish Americans who have committed crimes, but they must always be treated as human beings.

Because when we hate and try to destroy our perceived enemies, we harden our divisions and weaken the whole. We become disunited states of America.

Lincoln did not live to see that Reconstruction would continue America’s struggles. A vengeful confederate murdered him less than a week after the war ended. And yet, history has proven Lincoln right in the long run. For centuries the bonds have held, even when “strained.”

The rebels are our countrymen again.

I’m not here to challenge traditional conservative ideas, which have an important place in our national discourse, as do liberal ideas. The tension between the two have kept our nation balanced and rolling since the beginning. It’s Hamilton v. Jefferson. We must appreciate our differences in views as we must respect our differences in race, religion, national origin and sexual orientation. Within reason.

Meacham begins his story at Appomattox Courthouse in Virginia, where the two Civil War titans, Grant and Lee, meet to sign a cease fire.

Robert E. Lee, in despair at his loss, still noted that he never harbored vindictive feeling for the people of the North and that “I have never seen the day where I did not pray for them.” A potent sentiment from someone formerly attempting to kill Yankees in large numbers.

Magnanimously, Grant told his troops not to gloat. “The rebels are our countrymen again.” The same rebels who had killed thousands of them.

During the most deadly war in American history the South suffered more proportionally because fewer people lived there. Hundreds of thousands of southerners were dead or maimed. Some continued to battle by arguing that states’ rights caused the war, not slavery.  They began erecting statues to the “Lost Cause,” the same ones being taken down today.

Reconstruction was painfully slow. Lincoln’s replacement, southerner Andrew Johnson, was impeached by the House (but not removed by the Senate) for blocking Republican plans for Reconstruction. Lincoln himself was dubious about prospects for freed slaves, once suggesting they’d be better off in Africa. In 1862 he had told a delegation of blacks, “It is better for us both, therefore, to be separated.”

Reconstruction stymied by none other than the president

The Lost Cause did not promote slavery, but white supremacy. The Ku Klux Klan was founded in 1867 to terrorize black citizens. President Andrew Johnson actually tried to veto the first civil rights laws. The Fourteenth Amendment–today under attack because of “birthright citizenship”–made black Americans citizens, over Johnson’s opposition.

Reconstruction was not easy, not smooth and debatably successful.

The first black senator, Hiram Revels, was elected in 1870 in Mississippi.  Alarmed, southerners passed Jim Crow laws which prevented blacks from voting with taxes and literacy testing. Thus began a legal battle for voting rights that’s still with us.

A long bumpy ride to equality

The last 50 years have brought us the first black president and the Civil Rights movement. But also a resurgence of white supremacy and a mass shooting in a black Baptist Church in South Carolina. In judging our nation’s progress, one must take this all into account. The picture is complicated.

Lincoln wanted to focus on “our better angels.” I ask: Is there any other alternative?