Andrew Jackson Dissed by His Own VP, Also Anonymously 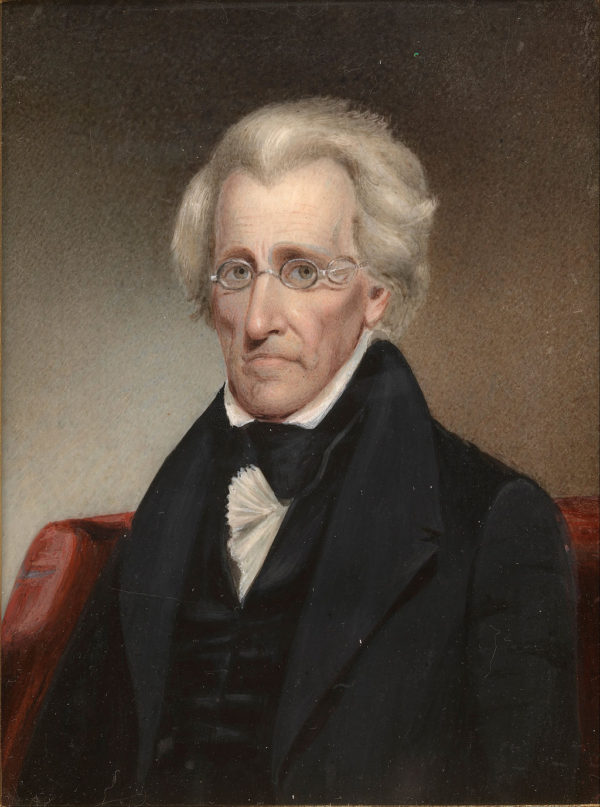 President Jackson in 1840, 5 years before his death

An anonymous essay attacking the president surfaces in D.C.  The town is abuzz. The claims are extreme. It even threatens mass resistance to stop the tyrant in the White House. But who wrote it? No one steps forward, and speculation runs wild.

The president starts an internal probe to identify the culprit. And the search leads to……his own Vice President!?

No, Mike Pence probably didn’t pen the anti-Trump Op-Ed in the New York Times. But would it surprise you to learn that internal mutinies have preceded this one, followed by vast consequences for the nation? Our story concerns President Andrew Jackson and his fractious cabinet. We tackled Jackson’s cabinet before, when his vice president’s wife- who judged another wife’s morals to be lacking- shunned her.

In a bizarre series of events in 1832, Vice President John C. Calhoun (married to the shunner, previous paragraph) published an anonymous essay that upended Washington. Why was Calhoun’s essay so explosive? Because of states’ rights and tariffs, two contentious issues. The dust-up was a good harbinger of the coming Civil War.

After winning freedom from British tyranny, Americans had to define their country as either a league of separate states, or as one powerful and consolidated nation. The Constitution of 1787 had a balance of federal and state powers that was hard to maintain (and still is). Because different states and constituencies had very different interests–creditors and debtors, manufacturing and agriculture, urban and rural, slave and free–they needed different things from government, setting up political conflict.

Infrastructure yes, wealth for Yankees, no

By 1825, Congress wanted to support American industries by reducing the flood of cheap foreign goods to America’s markets. So it imposed taxes on imports, known as tariffs, to extend a competitive advantage to fledgling industries. But this didn’t work out so well for everybody.

The South supported early tariffs under President James Monroe when the purpose was revenue for national infrastructure projects such as turnpikes and canals. But by the late 1820s, Southerners saw themselves as paying higher prices so Yankee businessmen could get rich off them. Southerners began to view the federal government as far-away tyrants, imposing a system of colonial mercantilism, or protectionism, similar to British policies.

Check out my Udemy course on “America’s Amazing Bill of Rights.”

Enter the “Mouth of the South” and his anonymous grenade 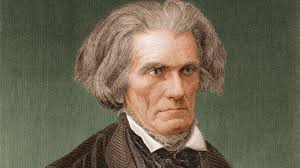 Calhoun of South Carolina was Andrew Jackson’s VP. He took issue with the tariff on constitutional grounds. During John Quincy Adams’ presidency, Calhoun argued that the high tariff of 1828 (AKA, the “Tariff of Abominations”) was unconstitutional. He finished his anonymous screed, The South Carolina Exposition and Protest, in 1828.

It wasn’t published until 1832, when Jackson had taken office. Yes, Jackson crossed party lines to run the same vice president. He also didn’t know what he was getting himself into when he put the “Mouth of the South” on his ticket.

In his essay, Calhoun wrote that a state could refuse to enforce (“nullify”) any of the nation’s laws that harmed its interest.  The states created the federal government, not the other way around. He justified South Carolina’s nullification order because of “a long train of abuses” by a government in which the South was outnumbered. As a grand finale, Calhoun announced that a state could unilaterally secede, divorce the nation, if the nation’s laws harmed it.

A unionist like Jackson considered these views treasonous, and from his own vice president no less! Jackson feared mob violence on federal tax officials in South Carolina. So he signed the Force Bill of 1832, which threatened the wayward state with invasion. The president even proposed to command the federal troops himself. As a coup de grace, Jackson threatened to decapitate Calhoun.

And you thought today’s cabinet meetings were wild!

Constitution is at odds with itself on trade

So was the tariff constitutional? Part of the Constitution, Article I, section 8, clause 3, states that Congress shall regulate trade between the states and among foreign powers. That seems to suggest yes.

But the South saw it differently. Article I, section 9, clause 6, where Congress is denied certain powers, states no act of Congress shall favor the ports of one state over those of another. The South claimed the tariff  did exactly that. The South resented  that Yankee businessmen could use the North’s superior numbers to make Congress their tool. The South resolved to escape the tariff, either by repeal or outright defiance. It used states’ rights as its justification, as it did with slavery. I don’t need to remind you what resulted.

So it’s unlikely President Trump will threaten to execute the (inevitably unmasked) Op-Ed author. But I see wider parallels to where the United States finds itself in 2018.

Calhoun’s 1832 essay attacked a set of national policies by advancing a theory of the union. The anti-Trump op-ed attacked the president’s competence and fitness for office. But you may already have noted this: The South’s anti-tariff position was based an economic grievance. A section of the nation resented what it saw as a form of imperialism imposed by Washington D.C.

Those resentments replicate the views of some Americans today who see globalization as taking their factory jobs away while Washington elites turn a blind eye. They feel similarly exploited by a more powerful group of Americans.

Just as the South’s economic grievances helped sunder the nation in the 1850s, current economic resentments are fueling conflict whose outcome is uncertain.

The tariff crisis of 1832 was settled by compromise, but the core issues raised by Calhoun, of states’ rights and national power, were put on a back burner until almost 30 years later. They ignited on the front burner on April 12, 1861, when South Carolina fired at Fort Sumter, starting the Civil War.

Almost 100 years ago, President Woodrow Wilson suffered a debilitating stroke, rendering him unable to function as president.  White House staff concealed the severity of his condition from the public. I’m not suggesting that the public didn’t have a right to know, but no one in the cabinet alerted the New York Times anonymously.

The issues raised by the anonymous Op-Ed author are serious should be settled in public. If President Trump is unfit for office, federal officials must act publicly, not anonymously, to let the chips fall where they may. A behind-the-scenes palace resistance is not how a constitutional republic is supposed to work.

If this post helped you learn some American history, and better yet, if it helped you make sense of the present, please share.