Washington’s Crossing: How Precarious Was the Victory?

But in the dark days of 1776, celebrating Independence Day with fireworks did not seem as natural and inevitable as it does from today’s vantage point. In fact, it looked completely unlikely.

In the summer and fall of 1776, the Americans hung on by only a thread. Washington’s colonial forces were first chased out of New York City, escaping only because of a near-miraculous fog concealing their retreat across the Hudson River. Badly outnumbered, they fled across New Jersey that entire summer, losing battle after battle. The men were hungry and without decent clothing, lacking weapons that could stand up to steel British bayonets. Desertion was rampant, and recruiting for the cause was harder than getting people to sign up for an email newsletter.

But seriously, who would join up when the British had giant warships while Washington had a few rowboats? The British were battle tested through countless wars in Europe and Washington’s men were farmers, just amateurs with pop guns.

So what does a defeated, retreating, outgunned and demoralized army do under such circumstances? Attack, of course!

A daring plan borne of desperation

By late fall of 1776, Washington’s ragtag forces were able to cross the Delaware River into the relative safety of Pennsylvania. They commandeered civilian Durham boats, not unlike the retreat from Dunkirk, France in the second World War. The pursuing British were left with no way to cross. The British commander halted in place, preferring to wait for spring to launch an assault. Washington’s retreat bought a little breathing space, like a mouse wrapped up by a boa. Now what?

Most of us have seen the iconic painting of Washington leading his men across the icy river. His daring crossing of the Delaware to attack at dawn was not only a vital turning point in the war, but evidence of how Washington handled adversity. 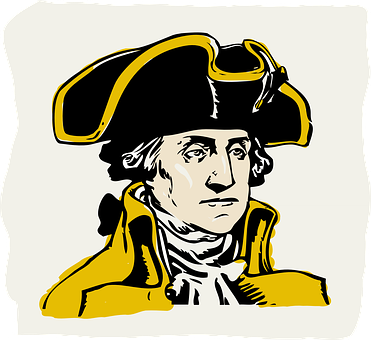 Plan B for Washington’s Crossing

Washington’s plan was to load his men on the Pennsylvania side and ferry them across the river in relays in a night crossing. This was set for late afternoon on Christmas Day, 1776. Washington intended to cross under cover of darkness, then divide his men into three columns to slog the nine miles to Trenton. They would ambush the groggy British in a pre-dawn raid.

But the timetable was blown immediately and the crossing took far longer. It took until nearly dawn to get all the men across, and then came the grueling three-hour march. Many men were suffering severe hunger and cold. And Washington was forced to do something he desperately wanted to avoid–attack in broad daylight. But he had no choice; they couldn’t return across the river. Washington’s men reached the British fort with bright sunshine streaming down, about 9 am.

The dreaded Hessians were in Trenton with the British as well. Brutal German mercenaries hired by the King of England, Hessians cruelly bayoneted surrendering Virginians during previous battles in New York. Washington’s men truly feared them, and they numbered 1,300 in Trenton. But as morning broke, the colonials doggedly crept up on the enemy, their footsteps muffled by the snow.

A brave young soldier named Alexander Hamilton led a commando raid on the Hessian guardhouse, killing the occupants and clearing the way for the main force to creep closer. The Americans under Henry Knox brought up their cannon, which they had slogged through the mud, and opened fire. Columns of Americans then swarmed into the British base before the Redcoats could organize a defense. The result was a massive victory.

We’ve seen in history that bands of armed guerrillas moving through a civilian population are very hard to defeat. Washington exploited the strategy that “guerrillas win by not losing.” As long as they were hanging in, the British couldn’t win. A side that can’t win must ultimately quit.

This first American victory was psychologically incalculable. Colonial forces outmaneuvered the British, outfought them, outsmarted them. Recruitment rose again. Civilians again donated to the cause. The Revolution was taken seriously in Paris, where the French king later signed a treaty with the rebels against his nemesis, the British. The evil Hessians could be trounced, and even willing to desert with the promise of American land if they switched sides. And many did.

While several brutal years of fighting remained, at this moment defeat was staved off and confidence restored. And the road to Yorktown, where independence was won, opened. Victory finally seemed possible to the exhausted soldiers. 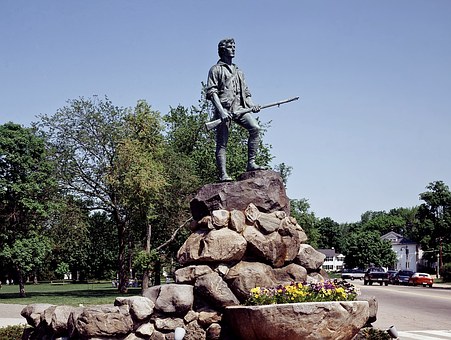 Standing on his hat

My fellow historian Glenn LeBeouf (who last wrote about the Cuban Missile Crisis here) tells a story that shows the difference between those who win and the rest. One night a young Frenchman, interested in the cause, visited General Washington at his quarters. A sentry was guarding the door. But the poor guy had no shoes! He was standing on his hat in the snow.

The Frenchman wrote to Europe detailing the privations of the colonial army. But his colleague wrote back, telling him to stay away. If this was the best the Americans had to guard their leader, a starving stick of a man in the snow with no shoes, the colonials couldn’t beat the powerful British empire. Don’t risk your reputation in a doomed cause, he warned.

That Frenchman came to the opposite conclusion: That a freezing, starving sentry barefoot in the snow guarding Washington indicated there was no way the colonials could lose. So who was that Frenchman? The esteemed General Marquis de Lafayette. He reasoned that if the colonials were that determined, willing to endure that level of suffering, they’d send the Redcoats home to England.

So who saw the situation clearly, Lafayette or his European friend? That’s the Christmas legacy of Washington’s Crossing, and it inspires me every day. You too?

If this post helped you appreciate American history’s significance, consider joining me on my Patreon page. Inspiring stories lift us all.