Is It Zinnsanity to Teach “A People’s History?”

Recently, Texas and Arkansas have proposed laws to ban schools from using texts by Howard Zinn, a Boston University history professor who died in 2010.

Why is Zinn so dangerous that he should be banned from school curricula? Here’s a sample, a Zinntilla, if you will:

When the ancestors of the people of these United States first came to the shores of America, they found the red man strong–though he was ignorant and savage, yet he received them kindly, and gave them dry land to rest their weary feet. They met in peace, and shook hands in token of friendship. Whatever the white man wanted and asked of the Indian, the latter willingly gave. At that time the Indian was the lord, and the white man the suppliant. But now the scene has changed. The strength of the red man has become weakness. As his neighbors increased in numbers, his power became less, and now, of the many and powerful tribe who once covered these United States, only a few are to be seen–a few whom a sweeping pestilence has left. . . We are troubled by some of your own people. Our neighbor, the state of Georgia, is pressing hard upon us, and urging us to relinquish our possessions for her benefit. We are told, if we do not leave the country, which we dearly love, and betake ourselves to the western wilds, the laws of the state will be extended over us. . . .we wish to remain in place where we are.

–Cherokee Nation to Congress, 1829, from voices of a people’s history of the United States

Painful stuff. I can’t see how it’s possible to read that and not feel ashamed of what happened to native Americans. But history has many such humbling episodes. In recognition of this, American textbooks since the upheavals of the 1960s are doing a better job of not sanitizing history. George Orwell once observed that he who controls the past, controls the future.

Zinn asks: What happened to everyone else?

A People’s History of the United States by Zinn explores history through the lens of the common person. He looks at the Industrial Revolution from the point of view of the factory worker. He looks at American expansion through the eyes of the native and World War I from the perspective of the socialists. As the saying goes, history is a story told by the victors. Zinn explores what happened to the losers.

Disclaimer: I assigned my Advanced Placement students Zinn’s book as supplemental reading. I also have an American flag on my front lawn and consider the United States to be mankind’s greatest hope.

Why is Zinn so controversial? Former Pennsylvania senator Rick Santorum called him “an anti-American Marxist.” Zinn’s critics dispute his core thesis that all progress comes from exploitation. Zinn questions American motives during the 1846 Mexican war, for example. He asserts that “Manifest Destiny” was not the benevolent desire to spread the blessings of liberty but rather a case study in imperialism and militarism. The recent debates surrounding the legacy of Andrew Jackson are also a case in point. Zinn wrote eloquently on the topic.

Is Zinn “anti-American” for denouncing American expansion, or is he the best American of all by pointing to national misdeeds?

Some feel that when America’s past is criticized, American exceptionalism is being challenged. That we don’t need to focus on its sins, such as Thomas Jefferson’s ownership of slaves or Confederate monuments; that we cannot judge the past by today’s values. That all in all, America’s record of human rights and democracy is superior in the world, especially in the 20th century when America saved democracy three times, during two hot wars and a cold one.

Zinn wants to redefine what is patriotic 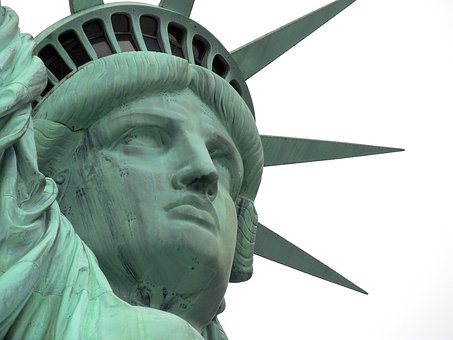 History, however, is multicolored. Historians disagree frequently on what the facts mean, and sometimes, even on the facts themselves. For example, did the New Deal programs of FDR end the Great Depression or was it only wartime production that restored full employment?

American history teachers struggle with how to present events objectively but not stripped of all context.  A more nuanced view is necessary that does not condemn America outright, but also acknowledges its shortcomings and failures to live up to its ideals.

To call attention to America’s shortcomings is not unpatriotic. A patriot is anyone who strives to improve the quality of life in one’s society. Yes, we are again sitting on the fence here, in what you may say is a timid refusal to take a side, but this is not an easy question. Truth is nuanced.

We at the History Doctor cannot view history as simply a protracted war between two fixed ideologies, only one of which possesses the entire truth. History isn’t a zero-sum game with winners and losers. It is far too complicated.

Who decides what should be in a school curriculum?

Who decides what’s worth learning? Texas and Arkansas seem to say that anyone who reads Zinn’s books will gain a distorted view of history and come away hating America. Others say that Zinn’s books will make better citizens willing to recognize where America fell short of its ideals. The attempt to ban Zinn’s ideas from the classroom seems to be backfiring. While not being the most popular textbook as Santorum claimed, it is still widely read, and even penetrated into pop culture in the film Good Will Hunting.

We all want to be patriotic, but patriotic for what?  The History Doctor laments the attempt by Texas and Arkansas to censor Zinn. When confronted with claims we don’t like, the solution is not to censor them; it’s to answer them with better claims and evidence. That’s the American way.

I hope that you found this post Zinnteresting. We would love to hear from you with thoughts and comments.